ALMA-TADEMA AND THE BRITISH PAINTERS

AND THE BRITISH PAINTERS OF THE 19th CENTURY.

It is neither a coincidence not insignificant that Oscar Wilde should have first won fame and popularity by holding lectures on the Aesthetic Movement in bigoted Victorian London. The more the nobility withdrew to manor houses crammed with Canalettos, the more the newly rich middle classes of what was becoming the world’s leading power rushed to buy the work of painters like Sir Lawrence Alma-Tadema, Edward Burne-Jones, John William Godward, Arthur Hughes and Albert Moore and furnished their houses in accordance with the dictates of the new taste. In short, they set out to blaze their own trail and forge an identity free from the cobwebs of Queen Victoria’s puritanical Great Britain.

Time’s pendulum then swung one way and these works were consigned by art and the world to the scrapheap and oblivion, the frames prized more than the paintings themselves. Now it has swung back, however, to redress the balance and what was once despised and discarded has found new champions and admirers, including the Mexican patron of the arts Juan Antonio Pérez Simón and the renowned composer of musicals Sir Andrew Lloyd Webber. The Pérez Simón Collection is the source of the fifty magnificent works to be seen in the Chiostro del Bramante in Alma-Tadema and the British Painters of the 19th Century, a touring exhibition curated by Véronique Gerard-Powell that has already enjoyed great success in Paris and will move to Madrid after Rome.

From 16 February to 5 June 2014 visitors will be able to revisit or discover the world created by the fathers of the Aesthetic Movement, sharing similar characteristics but each with his own personality, cherished themes and highly personal style. From the Pre-Raphaelite fathers Millais and Rossetti to the slightly younger Burne-Jones and the genius of Alma-Tadema with his depictions of the world of imperial Rome and ancient Greece, a source of inspiration for mythological films until the 1970s. Sir Frederic Leighton, purely academic in the best sense of the term, combining mythology and deep introspection in works like the magnificent Antigone, which will mesmerize the visitor. John William Waterhouse, the painter of The Crystal Ball, who combined the Pre-Raphaelite style with Impressionism in enchanting Symbolist depictions of Celtic legends and British fairytales.

The canvases exhibited draw upon mythology, like Leighton’s splendid Crenaia, Nymph of the Dargle, medieval times and Shakespeare as well as apparently mundane scenes transformed into visions of enigmatic beauty, like Arthur Hughes’s A Passing Cloud. Ancient history attains its apotheosis as legend in works like Alma-Tadema’s masterpiece The Roses of Heliogabalus, a huge canvas exhibited at the Royal Academy in 1888 and inspired both by the Augustan History and above all by Huysmans, the author of À rebours, a novel that made a great impression on a whole generation of writers including Oscar Wilde, Gabriele D’Annunzio and Marcel Proust. The canvas shows the cruel Roman emperor of Syrian origin smothering his guests in a cascade of rose petals. Decadent and highly accurate at the same time, the depiction of the banqueting hall is based on a description by Gibbon, the statue of Bacchus in the background is the one in the Vatican Museums, and the roses are painted with painstaking skill and patience.

Women are the focal point of every painting by every artist: muses, models, femmes fatales, amorous heroines, witches, enchantresses and princesses, angelical beings that can become diabolical, salvation that can turn into temptation. Women are indeed the primary subject matter of the Aesthetic Movement. In the works of these artists the female body is no longer captive as in everyday life but stripped bare to symbolize a form of carnal delight. The sublime, lascivious, sensual figures are all heroines of antiquity and medieval times portrayed in the setting of luxuriant nature and sumptuous palaces. The context is neither imaginary nor drawn from classical literature, as the painters journeyed through Italy, Greece and the East and took great care over their depictions of Egyptian temples, Greek landscapes and Persian bas-reliefs to serve as backgrounds of reinvented everyday life for celebrated historical episodes. Their travels were often financed by patrons like the civil engineering contractor and Tory member of parliament John Aird, who bought The Roses of Heliogabalus from Alma Tadema and was so pleased with it that he took the painter with him on a trip to Egypt.

These patrons from the solid middle classes of Liverpool, Manchester and Birmingham, who owed their newly accumulated wealth to factories and shipping, were eager for scenes of classical antiquity, meticulously reconstructed through repeated visits to the British Museum, and female nudes, supposedly chaste and therefore permissible in puritanical Victorian times, but clearly quite the contrary. Leighton’s Crenaia is indeed just as sensual as Klimt’s Judith. Fate is fickle, however, and these painters came to be despised. As the curator Véronique Gerard-Powell observes, “Few periods have suffered so much from the anathemas of taste”.  Those with flair and the courage to buck the prevailing trend can even profit from these anathemas, however, as in the case of the Mexican industrialist and patron of the arts Pérez Simón. The “crazy” passion for art that prompted him some twenty-five years ago to invest huge sums in the purchase of paintings has resulted in one of the most important private collections in Latin America. While backing sure-fire winners with Rubens and Bronzino, he has also followed his heart in the case of works still to be rehabilitated by the critics, such as those of the Aesthetic Movement. His passion is a love not only for sophisticated painting but also for beauty, and who can offer a more exquisite combination of both than the artists on display here?

The next stage of the exhibition after Rome will be at the Museo Thyssen-Bornemisza in Madrid from 23 June to 5 October 2014.

– Free admission for the person accompanying the disable

Press material can be downloaded from http://bit.ly/1bycF3P 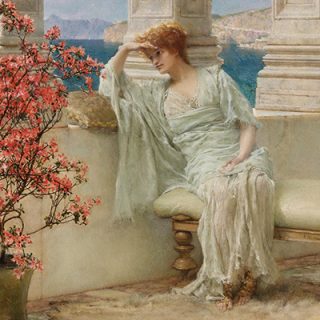 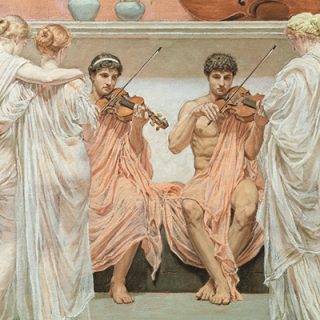 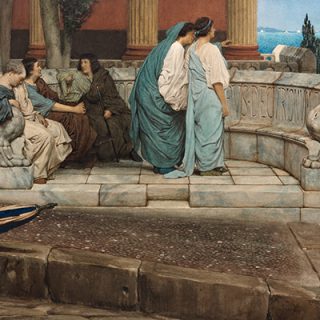