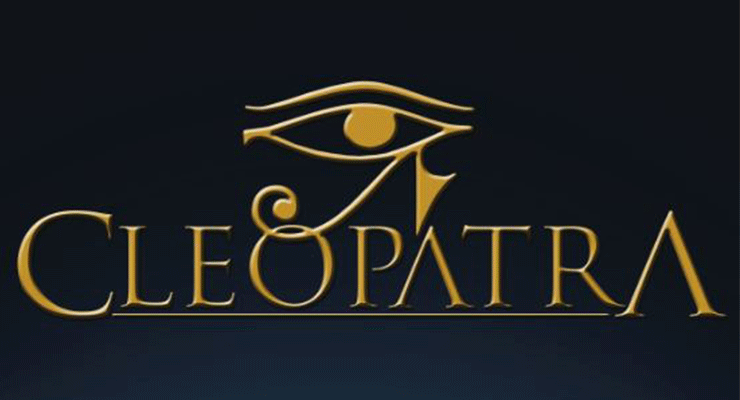 ROME AND THE MAGIC OF EGYPT

The Egyptian Museum of Turin, the Vatican Museums and the Capitoline Museums. The National Museum of Rome, the National Archaeological Museum of Naples and the Egyptian Museum of Florence. Not to mention the British Museum in London, the Louvre in Paris and the Kunsthistorisches Museum in Vienna. The world’s most important museums have joined forces to loan out numerous prestigious pieces for several months, giving rise to one of the most fascinating and spectacular exhibitions of the year. Cleopatra returns to Rome after 13 years: the last major exhibition devoted to the Queen of Egypt was in 2000, when the Memmo Foundation paid tribute to her, bringing a record-breaking number of visitors to an exhibition in the Italian capital. A clear sign of the undoubted appeal that Cleopatra still holds: two thousand years after her death, the allure and charisma of the Egyptian Queen remain very much alive.

Produced by Arthemisia Group with DART Chiostro del Bramante, and curated by Giovanni Gentili, who previously curated the memorable exhibition devoted to Julius Caesar, the Cleopatra exhibition not only explores her life but for the first time examines her relationship with Rome. She was barely 20 when she seduced first Julius Caesar then Mark Anthony, interlacing sex and power in a way that has been instrumental in shaping world history ever since.
It is an intriguing coincidence that the city is hosting an exhibition on Augustus, Cleopatra’s arch enemy, in the very same period: the two enemies appear destined to be eternally intertwined.

The 180 masterpieces on show include some leading highlights: the so-called “Nahman” portrait of Cleopatra, on show in Italy for the first time; an extraordinary portrait of Octavia, the wife of Mark Anthony and sister of Augustus, in the guise of Cleopatra, on show for the first time anywhere in the world; a portrait of the Queen of Egypt when very young, probably when she rose to the throne in 51 B.C., and also a world first; the “Guimet” portrait of Alexander the Great from the Louvre, a masterpiece of Hellenistic sculpture; an extraordinary bronze, never previously exhibited, depicting Alexander Helios, the son of Cleopatra and Mark Anthony, and the spectacular but little known mosaic of the Nile from the Museum of Priverno.

The exhibition is divided into nine sections: Cleopatra. The Last Queen of Egypt; The Land of the Nile; The Hellenistic Sovereigns; The Gods and Religion in Egypt under the Ptolemies; The Arts; Key Figures and Events; Cleopatra and Rome. Egyptomania; New Religions in Rome, and Rome Conquered: the New Pharaohs.
The first room presents the magnificent Head of a Ptolemaic Queen, probably Cleopatra, dated to the second half of the first century B.C., from the Capitoline Museums in Rome. This is followed by a highly atmospheric section devoted to the fascinating environment of the river Nile, set to captivate adults and children alike: rare, lavish mosaics and painted frescoes depict an extraordinary range of aquatic fauna – including hippopotami, crocodiles, frogs, wild ducks and ibis, along with lotus flowers, thickets of papyrus and fish of all kinds – evoking the teeming fecundity of this unique waterway. There are various works testifying to the powerful appeal that the “exotic” world of the Nile held for the Romans, such as the fresco from Pompeii entitled Nile Scene with Pygmy Hunters (55-79 d.C., National Archaeological Museum of Naples), which shows an improbable battle between the diminutive pygmies, crocodiles and hippos, typical Egyptian subject matter that was very popular in Roman art.

The exhibition also pays tribute to the figures who put Egypt on the world map, starting with Alexander the Great (Idealised head of Alexander the Great, called Alexandre Guimet, early 2nd century B.C., Musée du Louvre), the founder of Alexandria. The Macedonian military leader built this grandiose and extraordinarily beautiful city to serve as the capital of the new kingdom of Egypt. The faces of some of his successors, the Ptolemaic or Lagid kings, named after the first member of the dynasty Ptolemy Lagus, who ruled for 300 years, crowned by the spectacular marble icon of the great founder. The following section of the exhibition is devoted to the city itself and the multicultural population that made it the most vibrant hub of the Mediterranean in its day. Ancient Egyptian and Greek gods, alongside new divinities, inhabited the heavens and the afterlife of Ptolomaic Egypt, in an infinite variety of ways and forms, giving rise to the lavish works of art presented in the exhibition: statues, papyrus scrolls, sarcophagi, masks, religious objects, all crafted from precious materials that the desert environment has preserved to perfection. Another insight into the unique milieu that Cleopatra, one of history’s most cultured queens, was both the product and the last exponent of.

This is followed by a section that focuses on the main events and figures in the complex scenario that arose after the fall of the Roman Republic: Gnaeus Pompeius and Julius Caesar, and their struggle for power in Rome; the meeting between Caesar and Cleopatra VII, which led to the birth of Ptolemy XV Caesarion; Mark Anthony and Octavian, allied to avenge Caesar’s assassination; the new couple formed by Cleopatra and Mark Anthony, with their twins Alexander Helios and Cleopatra Selene, and lastly Ptolemy Philadelphus. The extraordinary events that redesigned the history and geography of the Mediterranean in the second half of the first century B.C. are narrated in the exhibition in masterpieces such as the Portrait of Julius Caesar (30 B.C. ca., Vatican Museums) and that of Cleopatra found in Rome (45 B.C. ca., Vatican Museums), as well as splendid cameos, precious coins and other rare finds. The exhibition goes on to explore Cleopatra’s “Roman years” (from 46 to 44 B.C.), during which, as the rare, precious archaeological treasures in the exhibition show, Roman customs and fashions were heavily influenced by the Queen and her court. While the ladies of the capital began to sport Egyptian hairstyles and wear jewellery featuring the image of the sacred uraeus, (the snake that symbolised Egyptian sovereignty and immortality), homes, villas and gardens were decorated with paintings, mosaics, sculptures and furnishings inspired by the “magical” kingdom: Egyptomania was in full swing. Alexandrian artists and craftsmen travelled to Rome and other important centres of the Empire in order to respond faster and more efficiently to the growing demands from the local aristocracy. This can be seen in beautifully crafted jewellery such as the Snake’s Body Bracelet (1st century B.C. – 1st century A.D., National Archaeological Museum, Naples), found among the belongings of a lady, perhaps the owner of the famous House of the Faun in Pompeii, or the statue of the crouching Sphinx (1st century A.D., National Archaeological Museum, Naples), wearing the headdress of the pharaohs, which decorated a fountain in the garden of a domus in Pompeii, together with frescoes, mosaics, and precious silver and alabaster tableware unearthed in Rome and other parts of the Roman Empire.

Egyptian religions – first and foremost the figure of Isis, goddess of life and sea travel, so vital to Rome – also made their way into the Roman pantheon, albeit opposed by the more conservative members of the Senate. We can admire depictions of Isis both in traditional Egyptian garb – that worn by Cleopatra, who in Egyptian religion was held to be the embodiment of the goddess, from 36 to her death in 30 B.C., and in Hellenistic/Roman style clothing, breastfeeding her son the god Horus. Then there is the beautiful Statue (1st century B.C. – 1st century A.D., National Archaeological Museum, Naples) of Anubis, protector of the dead, which depicts the goddess with a dog’s head and the body of Hermes/Mercury, the result of the encounter with Hellenistic culture. Not to mention Bes, the benevolent “gnome” figure, and the god Harpocrates as a boy, depicted on small magical stelae, and many more.

After Egypt was conquered in 30 B.C. and both Mark Anthony and Cleopatra committed suicide in the same year, the new rulers, first and foremost Caesar Octavian, a.k.a. Augustus, who reigned as prince from 27 B.C., had to take account of the millennial traditions of ancient Egypt in order to be acknowledged and hailed as sovereigns. In a way Cleopatra was avenged: Augustus sat on the same throne that had belonged to her and her son Caesarion, killed by the victorious ruler, who continued to play the role of God/Pharaoh. And that is how we see him, dressed in the traditional Egyptian manner and with the attributes of a Pharaoh (the nemes headdress, for example) in the relief from the Kalabsha Temple he built in Lower Nubia, from the Champollion Museum in Figéac, France. The exhibition also includes Tiberius, also depicted as a Pharaoh, in the mysterious and captivating Portrait of the Roman Emperor as a Pharaoh from the 1st century A.D., from the Louvre, and other successors of Augustus, such as Nero and probably Domitian, who upheld the religion of Isis in Rome. The coins minted by Octavian around 28-27 B.C. after his victory over Anthony and Cleopatra bear the inscription Aegypta Capta, “Egypt held captive”, but the exhibition sets out to show how it was actually Rome that fell under Egypt’s powerful spell.

Cleopatra VII Thea Philopator, the last Queen of Egypt from 69 to 30 B.C., left an indelible mark on her era. Not particularly beautiful but a great seductress, intelligent and determined, cultured and refined, and known for her brilliant mind, she drew her strength from her free, independent personality. Perhaps the world’s very first celebrity, her reign had a cultural and political impact the like of which has not been seen since. Destined to be an icon from the start, Cleopatra is undoubtedly one of the most often portrayed and controversial figures in world history.